Networking in 2021 — How to take care of your network and turn it into opportunities.

Many think that networking today means sending connection requests on LinkedIn. That’s why on average a user has roughly 900 connections.

Maintaining meaningful relationships with so many people is just impossible.

Being connected with someone only makes sense if it’s beneficial for both sides. And it’s only beneficial if it’s a meaningful relationship.

Take a look at your LinkedIn connections. Imagine they would all pitch you their new startup and ask you if you want to invest — or at least share their pitch to your network. Would you even bother writing back?

Now ask yourself, how many of them would bother writing you back if you were to pitch to them?

To up that number of people who’d help you, you have to make friends, not mere digital connections. Once you connect with someone the right way, you aren’t done, though. There is a lot more you have to do.

The basics of successful networking.

It’s good to always be networking. You’re meeting new people all the time anyway. Why not ask them to connect? Maybe you can help each other somewhen. And you never know who they know and could introduce you to.

But when you set out to expand your network, you need to have a clear goal in mind. If you don’t, you lack direction. Here’s what you need to ask yourself to define that goal:

Build your network before you need it.

People usually start building a network once they need it. This is especially true for entrepreneurs who want to hit the ground running with their new idea. Boring and tedious networking just isn’t on the menu for them.

Once they hit a roadblock and don’t have anyone to turn to, they start reaching out to people in a desperate search for guidance.

This approach can’t be successful: Because now that they have to get answers fast, they can’t build proper relationships with the right people. Those superficial approaches will put everyone off immediately. Most people won’t give their time to a stranger, just because they asked.

This is also true for raising funds. You will need to raise funds at some point. Instead of asking strangers for money, whisper to your already built network.

Although you build a network for business reasons, your connections should be meaningful and beneficial for both parties. One-sided networking doesn’t work. Nobody likes to be taken advantage of.

If you keep in touch with people just because they could be useful to you, your relationship won’t last long. That’s why it’s essential to network only with people you can like.

As with personal relationships, you can’t like everyone in the business world. Even if someone could be particularly useful to you, if you don’t like them as a person, nothing good will come of it.

Building relationships with several people at once is not an easy feat for most of us.

Ideally, you know a lot about every person in your network. You should know what drives them, what they are afraid of, their goals, what they’re interested in, and so on.

You also want to have relevant and personal conversations with them, so you need to keep in mind what topics you have talked about together.

Keeping track of dozens of people’s characteristics and the conversations you’re having with them is impossible without CRM software.

If you have a program you already use for your clients, great! You can use it for your network as well. If you don’t, I recommend you check out HubSpot.

How to take proper care of your network.

This is crucial, easy, and yet often overlooked. When you connect with someone, follow up immediately with something relevant.

I explain this point best with a short anecdote:

While being out in a bar, I spotted a friend having after-work drinks with his colleagues. He saw me and motioned me to come over and sit with them. One of his colleagues and I had a long and interesting conversation about AI and its impact on the future job market.

When I woke up the next morning, I had a LinkedIn connection request from that guy in my notification center. I clicked ‘accept’, and that’s where most of these stories would end.

However, later that day, he sent me an article supporting some of the theories we came up with together and we sent a few messages back and forth.

Me telling you this story is proof that following up can make a lasting impact.

Ask to be connected.

From now on, each time you chat with someone about your startup, ask them if they’re willing to connect you with someone in their network who they think would be a good person for you to talk to.

This is especially smart after an informational interview. More on those later.

If they say yes, and write you down a new contact, ask if there is someone else they can think of. If every contact leads to two new contacts, you’ll grow your network exponentially.

Don’t be shy about it. It’s a reasonable favor to ask.

Use Cialdini’s principles of influence.

Robert Cialdini wrote the world-famous book Influence. In his research spanning several years, he studied what influences people’s decision making. There are fundamental, unspoken principles between people that are true in all societies.

He found six (in a later book called Pre-Suasion, he added a seventh) principles of influence that are universal.

Four of those seven principles — all except authority, social proof, and scarcity — can help us bond with other people.

When we get something, we feel obliged to give something back. We feel indebted to those who did us a favor.

When you make a new connection, all you have to do is give something before asking for something. Be of service.

For example, send them advice or an article that helps them solve a problem. Of course, it can’t come off as something you do because you want something in return. Add a ‘no response necessary’ to the end of your message to show you just want to help.

You can also share something you learned at a course or workshop if it’s useful for them.

Or if you want them to share something about your startup with their network, say some nice things about them in a public post first.

We want to be consistent in what we say and do. It’s deeply rooted in us. If we commit to something, we feel terrible when we don’t pull through.

When you make a new connection, ask them right away if it’d be okay to pick their brain somewhen. They’ll often say yes and when the time comes, reference their promise, and they’ll be likely to oblige.

It’s great if your new connection likes you. It’s even better if they feel that you like them.

We all want to be liked, and if you network only with people you can like, showing your fondness will be easy.

For example, compliment, thank, and praise them in private and publicly — e.g. in a social media post.

According to the principle of unity, we all want to belong. At first, we belonged to families and savage tribes. Nowadays, we belong to Facebook groups, political movements, and corporations our values align with.

Create a modern tribe. A network that people want to belong to because they share each other’s beliefs and values.

In a tribe, people help each other. ‘Tribe-members’ can ask each other questions and everyone shares their success stories and mistakes for others to learn.

You should lead by example. Share everything about your startup: The good, the bad, and the ugly.

Bring people together in Facebook groups and online events. Let them meet each other and exchange ideas. Encourage them to bring like-minded friends. You never know who knows who.

Turn your network into opportunities.

Once you’ve built your network and taken proper care of it, it’s time to get something back.

Ask for advice, not money.

Almost everyone likes talking about themselves. When you ask for advice, you show your vis-à-vis that you value their opinion and experience in their field.

In contrast, if you just ask them for money, they’ll feel like you don’t care about them and only befriended them for your own benefit.

So, how do you ask for advice?

Invite them for an informational interview.

Informational interviews, also called mock interviews or ‘coffee chats,’ are meetings to pick the brain of people who know more than you about a specific subject. You’re there for someone’s personal insight and experience.

When someone is willing to have you informally interview them, they are gifting you their time. Here’s how you make the best use of it for both parties:

Build a team from your network instead of hiring platforms.

When it comes to hiring new employees, many entrepreneurs don’t know where to start. They put up an ad on a job board and hope to strike gold.

Often, they overlook the talent in their own network.

Instead of finding new people, look through your current connections to see if you already know someone you trust would do a good job.

Ask for money — the right way.

Let’s be real. A great part of why you want to build your network is to get your startup funded. And that’s okay, as long as you go on about it the right way.

Here are some general pointers:

Networking isn’t easy. Some of you might have a hard time asking for a favor. Just keep in mind that everyone needs help sometimes, and that’s what a network is for.

In return, try to help the people in your network wherever you can. Be open, friendly, and genuine. That’s how you build true, long-lasting relationships.

Don’t give up. If someone doesn’t reply right away or doesn’t seem to value your interest in them, don’t take it personally. They might not have seen your message, or it might just be bad timing. Wait a week or two, change your angle, and reach out again.

Be prepared for rejection but never give up. It’ll be worth it. Having a strong network is a highly valuable asset for an entrepreneur. 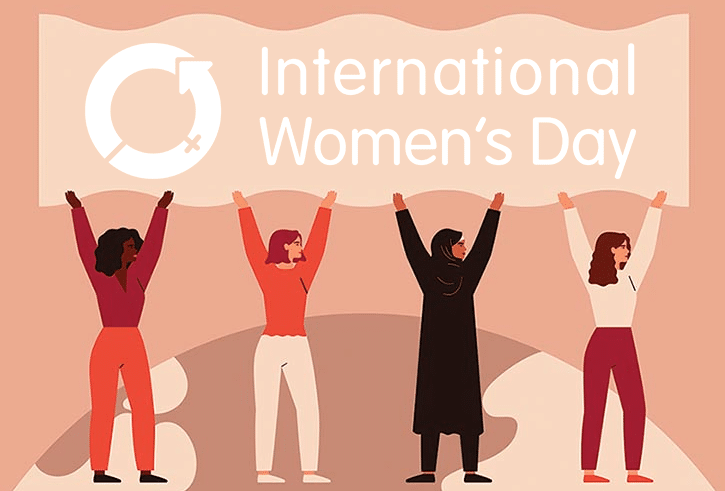 At this point in time, Artificial Intelligence is making an important contribution to solving the challenges…> Read more
25. November 2021

New residents at our Main Campus