In many countries, gender inequality is one of the biggest obstacles to sustainable development, economic growth and poverty reduction. However, Switzerland is listed as one of the UN’sTop-10 government partners.

Switzerland is recognized as a strong champion of gender equality engaging with Women around issues of equal pay, women’s economic and political empowerment, and ending violence against women and girls.

In words of the UN, Switzerland has prioritized regular resources and has remained consistent, providing a strong financial support that allows UN Women to strengthen functions essential to support delivery of its tripartite mandate. In 2020, Switzerland was UN Women’s third-largest government contributor to regular resources with USD 16.5 million and the seventh-largest government contributor in total with USD 20.6 million. Between 2011 and 2020, the Swiss Government has contributed an aggregate amount of USD 190 million to UN Women.

In addition to Switzerland’s commitment and contributions to the UN Women, several initiatives support gender equality and empower all women and girls. Some examples worth mentioning on a National and local level are:

The Female Founders  aims to significantly increase the number of female founders in Switzerland. Their map provides transparency in the sector and portrays great female role models in the startup ecosystem. By portraying these role models, they intend to inspire women to become entrepreneurs themselves.

Thrive With Mentoring and Impact Hub Basel launched EmpowHER, a six-month program for early-stage female founders. EmpowHER supports early-stage impact-driven founders with the knowledge, skills, and personal development to drive societal change and promote sustainable female-founded ventures in the Basel region and beyond.

At Switzerland Innovation Park Basel Area, we join this celebration recognizing today the great ecosystem of women entrepreneurs and holding leadership positions in our ecosystem.

Residents at our Novartis site

Residents at our Allschwil site

Residents at our Jura site 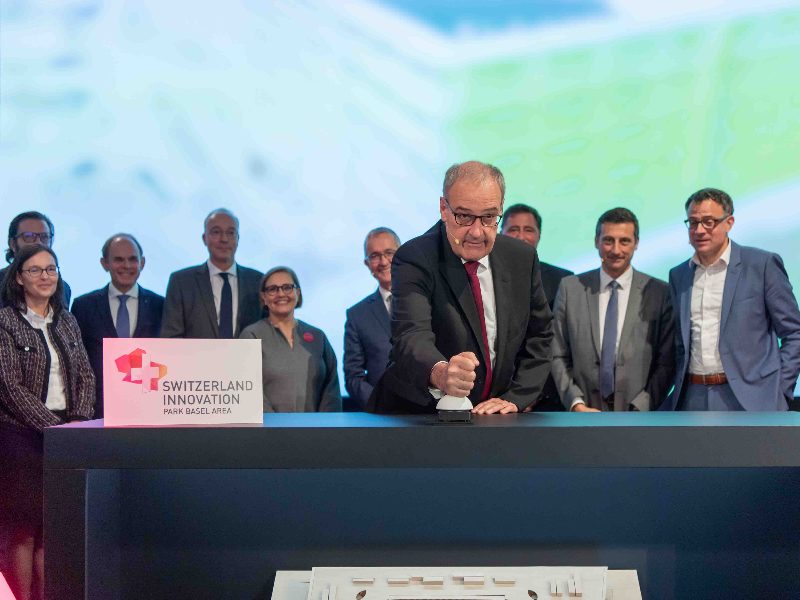 Do you want to rent a laboratory but are not sure if private or shared lab…> Read more
1. March 2022

At this point in time, Artificial Intelligence is making an important contribution to solving the challenges…> Read more